What are the causes of endocardiosis

What does mitral valve insufficiency mean?

Small overview of the heart anatomy: 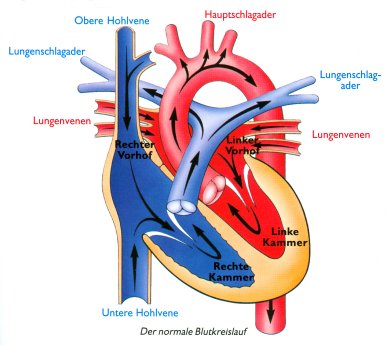 The etiology of mitral endocardiosis is not fully understood. It is believed that it is a weak connective tissue. A genetically influenced degeneration of the connective tissue could be the cause of the endocardiosis. This theory is supported by the fact that especially chondrodystrophic dog breeds are predisposed. These animals are also predisposed to connective tissue diseases such as herniated discs, tracheal collapse, periodontal diseases and cruciate ligament ruptures. These observations can also be confirmed in human medicine, since people with collagen synthesis disorders, such as Marfan's syndrome, suffer relatively often from mitral valve endocardiosis. It used to be believed that dental disease caused by the spread of bacteria was responsible for the degenerative disease. This theory is now outdated.

In any case, it is certain that there is a high genetic component and that the disease is often inherited from parents.

What are the signs of illness?

What are the effects of mitral valve endocardiosis?

During the heart's action, blood flows back into the left atrium through the inadequate valve. Since the volume of blood ejected into the aorta per unit of time decreases, the body uses compensation mechanisms (such as increased heart rate, increased fluid retention and narrowing of the vessels in the periphery) to increase the blood volume.
The chronic volume overload leads to an expansion and enlargement of the left atrium. In the further course there is also an expansion and enlargement of the left ventricle.
As a result, the initially good ability of the ventricle to contract decreases, the left heart fails, so blood fluid backs up into the lungs. Pulmonary edema develops.

What additional problems can I encounter?

- irregular heartbeat, called arrhythmias.
- Right heart failure: due to high blood pressure in the pulmonary vessels.
- Tear in the left atrium: this can cause blood to accumulate in the pericardium and since the pericardium cannot expand, the heart can no longer fill up with sufficient blood at some point, leading to so-called cardiac tamponade, an absolutely life-threatening condition. These animals often have fainting spells when a tear occurs in the left atrium, but they can also die acutely. Fortunately, a tear in the left atrium is very rare and only happens with extremely serious illness.
- Tear of a chorda tendineae: in rare cases, one or more of the tendon threads from which the mitral valve is suspended can tear and cause acute pulmonary edema; this can lead to a sudden deterioration in the patient's condition and even death

How is the disease diagnosed?

It represents the first step of the examination and includes a general clinical examination, with great emphasis on listening to the heart and lungs.
Auscultatory: As already mentioned, the vet can use the stethoscope to perceive a heart murmur in the area of ​​the mitral valve.

Cardiac arrhythmias are mainly diagnosed in the ECG. It is an important diagnostic criterion as dogs with mitral valve disease can develop various arrhythmias.

The mitral valve apparatus can be shown precisely in the ultrasound. The flap often has cauliflower-like or club-like thickenings. A valve prolapse can also often be identified.
- The size of the atrium and ventricle, as well as the ability of the heart muscle to contract, can be measured. We now frequently use modern methods such as tissue Doppler measurements, strain measurements and 3D ultrasound.
- With the help of color Doppler echocardiography and other measurements, the extent of the insufficiency can be quantified.
- We can also find indications of increased lung pressure in the ultrasound.

What are the effects of mitral valve endocardiosis?

During the heart's action, blood flows back into the left atrium through the insufficient valve. Since the volume of blood ejected into the aorta per unit of time decreases, the body uses compensation mechanisms (such as increased heart rate, increased fluid retention and narrowing of the vessels in the periphery) to increase the blood volume.
The chronic volume overload leads to an expansion and enlargement of the left atrium. In the further course there is also an expansion and enlargement of the left ventricle.
As a result, the initially good ability of the ventricle to contract decreases, the left heart fails, so blood fluid backs up into the lungs. Pulmonary edema develops.

What is the prognosis?

Many dogs live with endocardiosis for many years. If signs of decompensation appear (e.g. dogs show shortness of breath or cough), the long-term prognosis worsens.

What therapy options are there?

The therapy depends on the severity and the symptoms.
A new study showed for the first time that we can now slow down the progression of heart disease. For this reason, therapy for dogs with mitral valve endocardiosis is recommended from the stage of heart enlargement, even without clinical symptoms such as cough or shortness of breath, and we use this drug successfully.
If animals show the first signs of decompensation, such as coughing or poor performance, the use of additional medication is indicated, e.g. dehydration medication and ACE inhibitors.

What else can you do as an owner?

The first sign of the onset of pulmonary edema is often an increased respiratory rate. Therefore, owners of mitral regurgitation dogs should regularly determine the respiratory rate of their animal per minute at rest (preferably when the dog is sleeping, e.g. in the evening next to the television). Typically, the resting breathing rate is less than 30 breaths per minute. If the value rises above 30 breaths per minute, you should count the breathing rate even more regularly, because water could now have formed on the lungs. The animal should be presented to the veterinarian for clarification. From around 40 breaths / minute at rest, the probability is relatively high that there is now water on the lungs and an X-ray should now be taken at the latest. Even animals that are already receiving medication can be monitored in this way.
We recommend using a free app for your smartphone, such as "Cardalis". This app helps you count and saves the results so that you have a breathing diary available which you can show to the vet or email. More information on the resting respiratory rate and how to determine it can be found here

Which drugs are used?

In the early stages:

As soon as the heart has enlarged, pimobendan (Vetmedin) should be used, as this can slow the progression of the disease by 15 months.

If there is pulmonary edema:

- Diuretics: drugs that increase the excretion of water, thereby reducing the increased volume of blood. Pulmonary edema can be effectively combated with these drugs. Typical representatives of this drug group are Furosemide (Dimazon) or Torasemid (Upcard)

- Pimobendan (Vetmedin): Study results show that the clinical efficacy of pimobendan in dogs with heart failure due to valve insufficiency is superior to the efficacy of ACE inhibitors. In addition, treatment with pimobendan resulted in a statistically significant increase in survival time. We also use pimobendan at the stage of heart enlargement to slow the progression of the disease.

- ACE inhibitors: angiotensin converting enzyme inhibitors. Although ACE inhibitors are often recommended, the study situation is not convincing. That is why we only use ACE inhibitors in the treatment of endocardiosis in individual cases.
- Other medications: In refractory cases, other diuretics such as spironolactone or hydrochlorothiazide should be administered in addition to furosemide or torasemide.
- Antiarrhythmics: If arrhythmias occur, these are treated with the appropriate medication.
It should be noted that we treat all patients individually and that other drugs are used in individual cases. Regular controls of the therapy by the veterinarian can significantly improve the prognosis of the animal.