Is it safe to live in Fukushima?

New life in dead places - Fukushima: a journey into the realm of contrasts

My cameraman and I start early in the morning in Tokyo and drive on the highway towards Fukushima. The journey takes around four and a half hours. It is the beginning of March and soon it will be the tenth anniversary of the severe "Tohoku earthquake" - as the Japanese call it. Our trip covers the area around the Fukushima Daiichi nuclear power plant. The nuclear power plant in which the power went out due to the tsunami of March 11, 2011, the cooling failed and then the worst-case scenario - the biggest accident to be expected - occurred. Radioactive material leaked out and radiated large areas.

Memories are awakened on the journey. March 11, 2011 is still very much present. It was 2:46 p.m. when the earth shook and although the epicenter was off the coast of Miyagi Prefecture at that time, the houses in Tokyo, 370 km away, were also fluctuating very strongly. But at that time it was not the tremors that caused great damage, it was the huge tsunami. The tidal wave rolled down everything and tore people to their deaths. The first reports about the Fukushima Daiichi nuclear power plant sounded harmless at the time. Shortly afterwards, however, it turned out to be significantly worse.

We reach Tomioka around noon. The place is about 10 kilometers from the Fukushima Daiichi nuclear power plant and is itself a nuclear power plant. Fukushima Daini generated electricity here until March 11, 2011. The disaster could be prevented in this plant, but for safety reasons these reactors will never be connected to the grid again. The train station and most of the buildings are new. But the construction work is not finished. 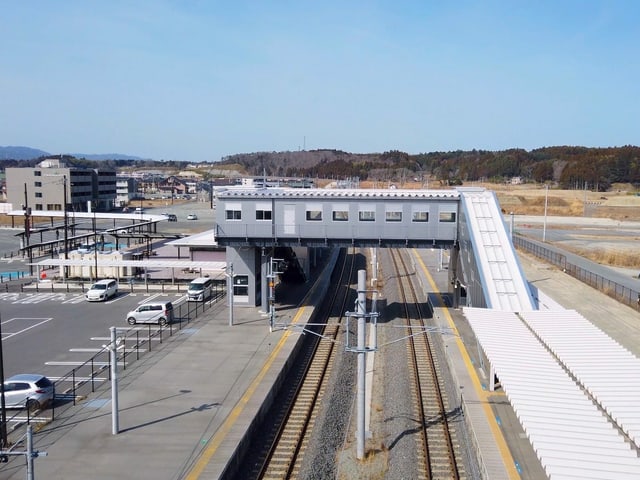 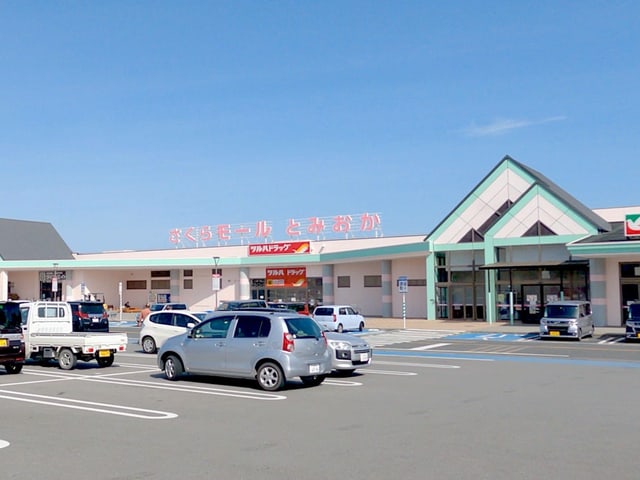 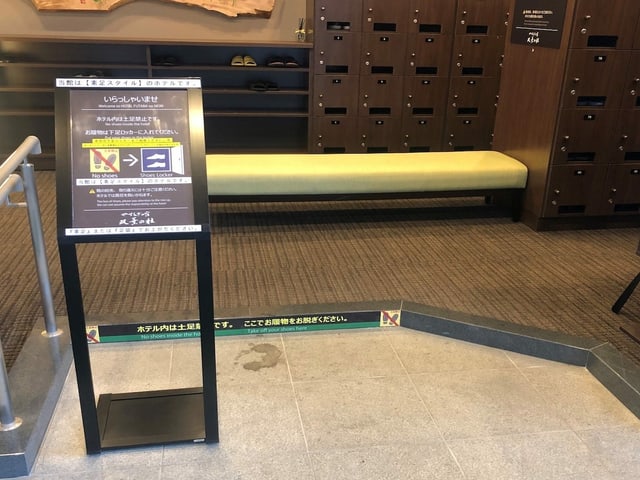 Some workers are shoveling and dredging between the newly created wall on the coast - which is supposed to prevent the future tsunami from destroying the place again - and the new station building. We stop at the shopping center, there is a large hardware store next to the supermarket. There are many hardware stores in the area - not surprising given the still high demand for building materials. Some snacks offer food. We opt for a bento - a typical Japanese lunch box. Mine says “extra-large”. It is a portion for the average customer - the craftsmen and construction workers who are busy with the reconstruction.

One of them is Dai Mori. “The salary here is higher than in my home country,” says the 28-year-old. That's why he came to the region for a few months. Then he wanted to go back to the southwest. Mori is not the only temporary “resident” in the region. Around 5,000 people work every day at the Fukushima Daiichi nuclear power plant alone. Many of them are employed on a fixed-term basis, just like many of the others - who are commissioned with the cleaning and restoration work - craftsmen outside the nuclear power plant site.

Solar instead of nuclear power

The company has leased the land for the solar systems from the farmers. Where rice used to be grown, solar electricity is now produced. The fields were so-called "decontaminated" - that is, cleaned. For this purpose, the earth was removed several centimeters and replaced with new ones. According to the government, the fields are safe today. But many farmers still prefer not to cultivate their land themselves, but rather to lease it to the solar company.

Nuclear power plants are a thing of the past for the citizens of the prefecture.
Author: Okuma Seiichi SuzukiAdvisor to Fukushima Power

A few hundred meters away from the solar system there is one of the numerous restricted zones. Here the radiation is still too high to return. Large grids block the access roads to these areas. There are some vending machines by one of the bars. The ad has yellowed, the rust is gnawing at the metal and some creepers have spread on and in the machine. 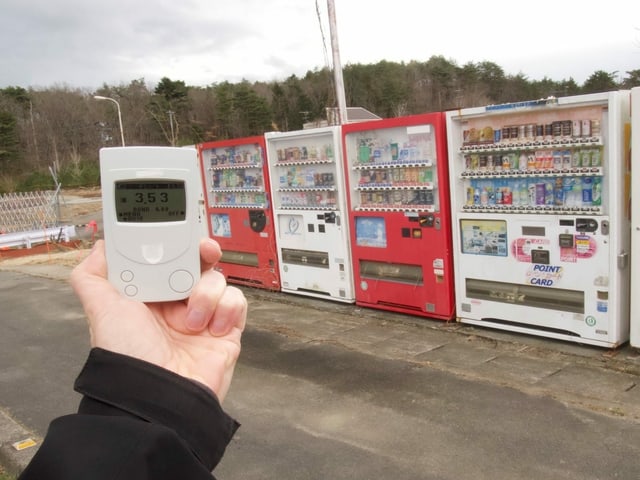 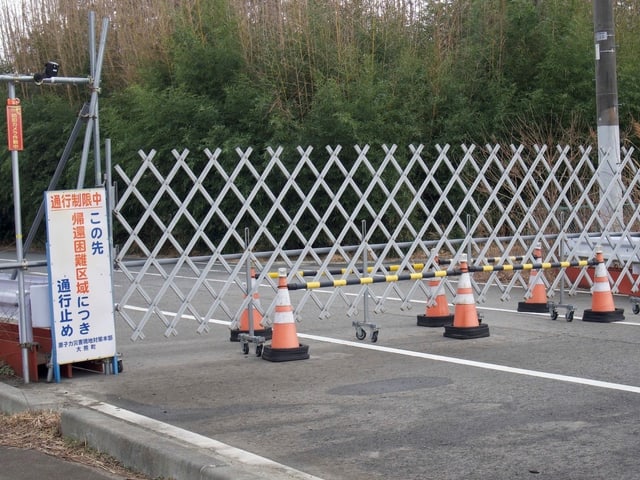 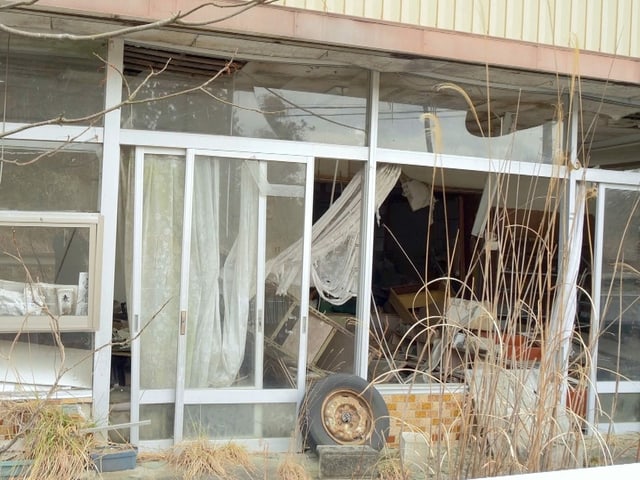 The Geiger counter you brought with you increases to 3.5 microsieverts per hour. The value recommended by the International Atomic Energy Agency IAEA is one millisievert (1000 microsievert) per year. This means that if people stayed here all year round, the recommended limit would be exceeded a good 30 times.

What does a Geiger counter do?

Open the box Close the box

A Geiger counter is a device that detects radioactivity, also known as ionizing radiation. Almost all Geiger counters recognize X-rays and gamma rays. They are the two strongest and most dangerous types of radiation. X-rays can travel long distances and pass most materials without lead. Gamma rays aren't usually as powerful as X-rays, but they still need thick lead or concrete armor to stop them. Some Geiger counters also recognize alpha and beta radiation.

radiation can be measured in different units of measurement. A common unit is microsievert / hour, which is specified as μSv / hr.

Back then, people had to flee their homes in a hurry. They hoped to be able to return quickly. But nothing came of it. Now many houses are falling apart. Through the broken windows and doors we see ghostly-looking kitchens, living rooms and dining rooms. Torn curtains flutter in the wind.

New houses for a new life

Before March 11, 2011, Okuma had a population of around 11,000. 45 of them died in the floods of the tsunami, one person is still missing. The water masses destroyed or damaged 150 houses.

But because of the accident at the Fukushima Daiichi nuclear power plant, all residents had to flee. Only gradually were parts of the place decontaminated and people were allowed to return to the cleaned areas. For the returnees, affordable single-family houses built with state funds are available in the newly created construction and residential zone.

But of the previous residents, only around 300 have returned so far - most of them of retirement age. Young people rarely return.

I am rooted here and want to make Okuma a vibrant city
Author: Makiko Sato

Makiko Sato is an exception. In 2011 she was still a student. After completing her apprenticeship, she returned to Okuma a year ago and now works in the local government. "I have my roots here and want to make Okuma a lively city," explains the now 24-year-old confidently. "If I could, I would love to travel the world, learn about other cultures and bring the experience back to Okuma to improve the city."

She knows it is a difficult and long journey for Okuma. The uncertainty due to the radiation outside the decontaminated zones remains, and the infrastructure is only just beginning to emerge. The first supermarket will be opened in the coming weeks, the new multi-purpose hall is under construction.

Our last stop on the journey is a visit to the Iitate parish. It is located in the north-west of the destroyed nuclear power plant. The wind blew the radioactive particles in this direction in 2011 and the community, some 30 kilometers away, was contaminated accordingly. The southernmost part of Iitate is still a restricted area. People are allowed to return to most of the other parts. Black sacks are piled up in temporary storage facilities in several places. In them is the earth removed from the gardens and fields.

We meet Nobuyoshi Ito. After retiring in 2009, he moved to Iitate and found a new job as a manager in an agricultural training center. Today the 77-year-old analyzes soil and food samples from the region on his own initiative.

Ito takes us on a tour of his village. The first stop is at the new school complex. “Everything was decontaminated here and within 20 meters of the property,” explains Ito. The Geiger counter shows a low load of 0.1 microsievert per hour. We go to the 20 meter mark, the Geiger counter increases to a microsievert per hour. Projected, the value is around nine times the dose recommended by the IAEA.

We drive on a narrow lane through the forest until two guards at a checkpoint make it impossible to continue. This is where the Iitate exclusion zone begins. The value on the Geiger counter rises to two microsieverts per hour.

I am already old, by the time the radioactive radiation would have any consequences, I would have died anyway.
Author: Nobuyoshi Ito

“The forest in particular cannot be decontaminated,” explains Ito. “It is very different how individual people rate the risk. Personally, I don't think Iitate is a suitable place to live for younger people. " He was already old, by the time the radioactive radiation caused any consequences, he would have died anyway.

He invites us to his home for a cup of coffee. He has converted his study into a laboratory. His “home laboratory” in the home office. "A university professor lent me the radiation spectrometer because I regularly take samples for it," Ito explains to us and fills soil from the nearby hill into a plastic container. “I don't expect any extreme values ​​from this sample,” he says, typing the data into the computer and the sample into the radiation spectrometer. 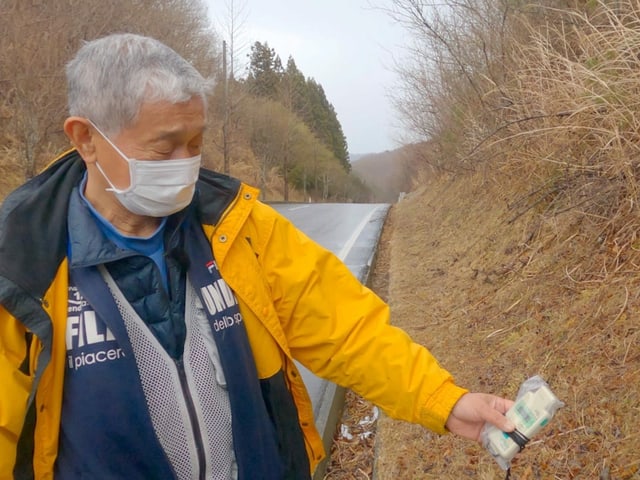 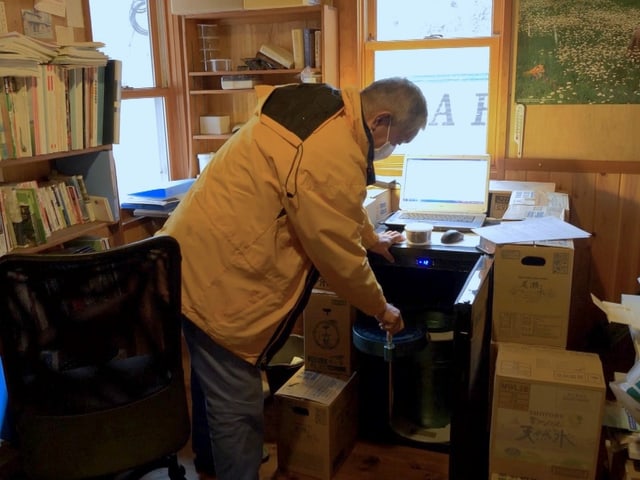 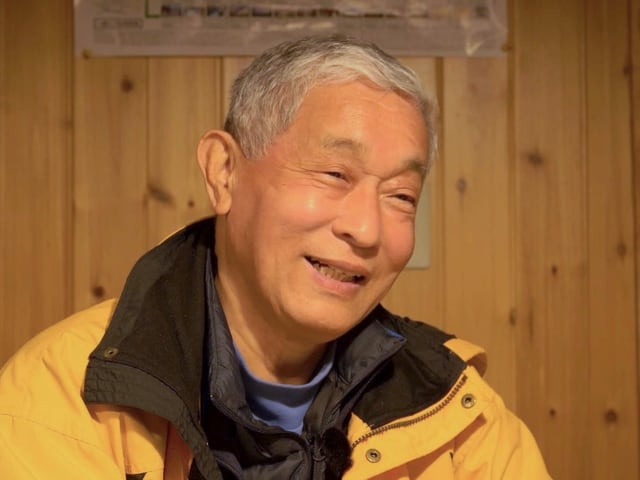 Ito does not see a future for Nobuyoshi Iitate. «The place is going to die. But this is not only the case with Itate, it affects many rural areas in Japan with an aging society. Without a nuclear power plant accident, it might have happened in 20 or 30 years. Because of the nuclear power plant accident, the whole thing is happening 10 to 20 years earlier, ”he says soberly over the farewell coffee.