Are there any scientific problems in real life

What is science - and what is pseudo? The pieces of the mosaic for assessing scientific credibility 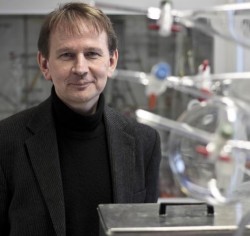 Matthias Beller studied chemistry in Göttingen and at MIT in Boston, is professor of chemistry at the University of Rostock and since 2005 director of the Leibniz Institute for Catalysis in the Hanseatic city. In addition, in the Leibniz Association, one of the large associations of German research institutions, he is the executive officer for the evaluation process - i.e. responsible for scientific quality assurance.

Professor Beller, how do you recognize real science?

This is an extremely difficult question, because science today is in many cases more complex than it used to be. Even for experts, it is often not easy to immediately distinguish correct and factually correct science from manipulated data and dubious publications. And this difficulty is particularly problematic nowadays, because false statements about the Internet and electronic media are multiplied very quickly - and thus gain weight much faster than before.

You are a professor of chemistry and - let's assume - you read on a blog that some professor from Sweden found something sensational: that everything we thought about chemical reactions so far is completely wrong.

First of all, that makes me curious! For a scientist, curiosity is arguably the most important driving force. And when something sounds unbelievable, it is first of all exciting. So I would take a closer look at that.

What exactly would you be looking at?

First, I would see whether the data he presented is consistent with his conclusions. This applies in particular to the natural sciences. We have the great advantage that correct science can usually be recognized by the fact that an experiment can be reproduced, i.e. that I get the same result under the same conditions. In economics or the social sciences, this is even more complex because identical conditions are more difficult to create.

But back to your question: If I cannot draw a conclusion from the data shown or if no data is shown at all, I would be critical ...

A.As a non-chemist, I can hardly judge something like that !? When a layperson hears an academic title - professor or doctorate - he is often first impressed. What can I do to assess the reliability of a statement?

It would be sensible to first check with a doctor in which discipline he earned his doctorate - and whether it is the scientific discipline that he is currently commenting on.

So if someone says something about a new cancer drug, do I see if the person has studied medicine?

And then I look at the specialization - that is, whether someone is an oncologist or, let's say, a dentist.

Yes, that would certainly help to filter out the worst blunders - but of course you will not get 100% certainty by doing this. Last week I heard from a Chilean university president that it was easier to open a university in his country than a liquor store. Of course, you can quickly get a doctorate in the subject you want. But you're right, that's basically how you should go about your exam.

How do I proceed then?

I would look at how well-known a person is, i.e. whether they have been working in the field in question for a long time. To do this, I check whether and since when and how much someone has published on a topic, how strongly the publications are perceived, how often they are cited, i.e. how strongly other publications are based on them. In science there are a multitude of small pieces of the mosaic with which I can grasp a person's credibility relatively well.

By publications, you mean publications in scientific journals - not articles or comments in daily newspapers or blog posts. But how do I find out what someone has published?

There are quite a few databases out there, I don't want to advertise here. Personally, I use Web of Science and Scopus very often ...

... where, at least with the latter, you can at least research names without special access and thus free of charge. For example, if I enter yours there, after two clicks I will see more than 800 publications with more than 150 co-authors since 1989that have been cited more than 20,000 times. But I also have to make sure that the publications are in "peer-reviewed journals," right?

Correct, in today's science the so-called peer review is a very important criterion. Articles in scientific journals are proofread by specialist colleagues before they are published. And if these reviewers have objections, the authors have to address them.

"The normal consumer associates the term 'institute' with an institution where people do not pursue their own interests - but conduct research in the interests of the common good. But that does not apply in all cases."

In principle, one can say that science is being scrutinized today to a greater extent than ever before in human history. Given the number of publications, it is not uncommon for problems to arise here - but this should not be confused with deficiencies in the overall system.

Now, however, there are more and more magazines that only pretend that they have been peer reviewed ...

Yes, these so-called "junk journals" make checking credibility even more difficult. It is a typical scam that some people, often in India or China, set up some kind of magazines, which occasionally have the same name as well-known journals. If you pay for it, you can publish what you want there - and get the opportunity to present a publication and to pretend a certain seriousness.

Almost every week I get invitations to sit on the advisory board of some Asian journal. The name is intended to give the publication a certain international flair. In the field of natural sciences alone, which I am surveying, there are now hundreds of Internet journals, some of which have very dubious peer review processes.

How can you recognize them?

Again, this is difficult, but there are some rules of thumb: You can see how long a magazine has been around. Who publishes there and how much. Whether there is an editorial board and whether a well-known specialist publisher is behind it, and so on.

Some people also adorn themselves with the names of research institutions. Imagine hearing the name "European Institute for xy" ...

(laughs) With relatively simple means, the non-specialist can be shown something that does not correspond to reality. The normal consumer associates the term "institute" with a scientific institution, usually a state one, where people do not pursue their own interests - but conduct research in the interests of the common good. But that is not true in all cases.

As a specialist, how do you check whether an institute is actually doing real science?

Well, if you stumbled upon a "European Journalism Institute", for example, and there were only five people on the website ... That's something to be suspicious of. Next, I would look to see what is being published there - that is, whether the staff and the institute can present specialist articles in real, scientific journals. In the interests of transparency, the sponsors and clients of research projects should always be reported.

Well, you can already find out whether it is an obscure "institute" or not - but you can only find that out through specific research. You have to make this effort.

Is the problem of pretended science actually increasing?

In fact, terms like "post-factual" or "fake news" have been heard much more frequently in the last few months. But the phenomenon in itself is not new. Hundreds of years ago, people manipulated opinions and data out of power interests.

I think we are often far too pessimistic. So many people on earth are doing better than ever before. A hundred years ago, the global average life expectancy was in the early 30s - today, despite all the ongoing problems, it is an average of 60 years! And never before have so many people on the planet been fortunate enough to be able to acquire so much knowledge and information as today. We should feel this happiness as such - but keep a healthy dose of skepticism and carefully examine statements or people.

The interview was conducted by Toralf Staud