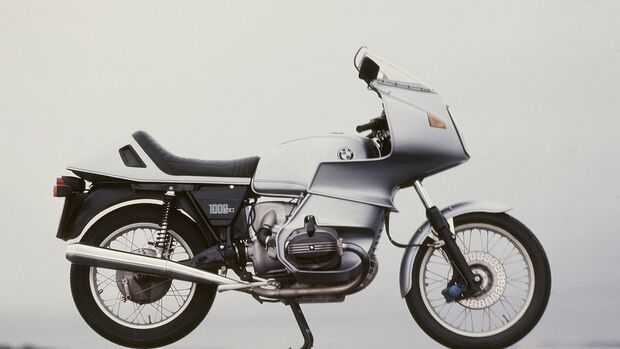 Murnau instead of Cape Town, Bavaria instead of South Africa: in 1976 motorcycle presentations were even more down-to-earth than they are today. But at least in terms of weather, it is much more risky, because continuous autumn rain is pretty much the last thing a motorcycle manufacturer would want for a press premiere. Or maybe it does, because if the assembled journalle is just as dry after hours of test drive as it was at the start, that is probably the best argument for a revolution in the motorcycle sector. And that was called in September 1976: full fairing.

What is a matter of course today was a real novelty at the time and the R 100 RS, which is the successor to the R 90 S, was the world's first motorcycle to offer a frame-proof full fairing as standard. The packaging, which weighs 9.5 kilos, polarized the BMW community, although there were no two opinions about its function: the finest wind and weather protection. And what made the technicians around BMW Motorrad chief designer Hans A. (like Albrecht) Muth even more happy: With the fairing that was optimized in the wind tunnel, the chassis weaknesses of the R 90 S (also designed by Muth) were no longer an issue. The high-speed commuting over 160 km / h, which was particularly criticized by light drivers, was finally a thing of the past. With the new top model, boosted from 67 to 70 hp, for 11,210 marks, it was possible to achieve average motorway speeds for hours that could only be dreamed of before.

The thing also had a side effect that was probably not quite as desired, because the well-sheltered driver suddenly heard noises that he had not noticed so clearly before: the typical dash-seven sound with the cracking when changing gears, the loudly creaking valve train and grinding the gimbal. But over 35 years ago, BMW also mastered what is still popular today: ongoing model updates. The 1978 model year had cast wheels instead of wire-spoke wheels and a disc brake instead of the rear drum. For 1981 there were Brembo fixed caliper brakes instead of ATE swivel caliper brakes, electronic ignition and, above all, detailed changes that were beneficial to the stability of the engine.

After 33,648 units were built and a special edition christened “Classic 500”, limited to 500 units, the R 100 RS should actually be over at the end of 1984. Because from now on, with the K 100 RS, a four-cylinder engine was the top model. But in the meantime the Boxer RS ​​had become a fixture among BMW customers, especially among the German and Japanese. The R 100 RS celebrated its comeback in the 1987 model year.

However, not quite as the fans had imagined, because apart from the fairing, the new RS had little in common with the old one. The new edition was based on the R 80, so it came with a single-sided swing arm, 18-inch wheels and not very stylish, because much too arbitrary bikes. And what was even worse: the revamped R 80 engine only delivered 60 hp, but had to carry almost 15 kilos more. The rather ambitious price of 15,700 marks didn't make things any easier. Production ended again at the end of 1989, in 1992 200 pieces were assembled from remaining stocks and sold for 17,500 marks each, but after 6081 copies of the second edition it was finally time to go. 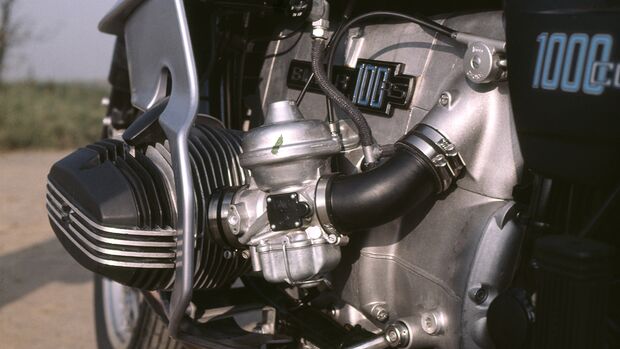 Market situation
She is still bobbing in the no man's land between typical used machines and youngtimers. But it doesn't get any cheaper. From 2500 euros there are used used cars with many kilometers and fewer original parts. Very decent goods cost 4500 to 5500 euros. For top-quality cream slices, 7500 to 9000 euros are already being charged.