Apple monitors the usage patterns of your iPhone

You won't find these features anywhere else. Are you a parent or employer responsible for how your iPhones are used? FlexiSPY has the answers you need - because none of our competitors offer such a product for iPhones. FlexiSPY gives you hints that no other monitoring software can provide. Remotely turn off your phone's microphone to hear and record everything that is going on around you.

Listen to and record live phone calls as they happen for training, quality control or even to archive your own conversations. Track the location of a phone and play its historical movements. Export paths for use in other applications such as Google Maps.

Spy on 11 popular iPhone messaging apps including WhatsApp, Facebook Messenger, Viber, Skype, Hangouts, Tinder and many more. View iPhone contacts and calendar entries and get a full backup for future references. Lists all installed apps, the installation date and other details. Activate the iPhone camera to take a photo or video that will be uploaded to your web portal.

Access to all media files on the phone. Get all the pictures they take or that are already on their phone. Hear all audio and voice memos. With our iPhone keylogger you can see everything that has been typed on the keyboard. Discover search terms, notes, and more. Protect yourself from fraudulent employees and increase the security of your loved ones. The information captured by our iPhone spy app is encrypted and sent to a secure web portal.

Use a web browser - or our unique FlexiVIEW mobile app - to browse data, conduct searches, set alerts, generate reports, and more. With FlexiSPY you can spy on your iPhone's data from the comfort of your favorite armchair. Suppose FlexiSPY is a famous rock band - all other tools are a school band by comparison.

They may sound similar, but only one of them has the quality that comes from years of experience. You may have come across solutions whose vendors say they don't need to be jailbroken - that's not the whole truth. There was a time when our competition offered spy apps for iPhones that were far inferior to FlexiSPY's. As it has become more and more complex to develop apps for iPhones, these providers have disappeared.

All received data can be accessed via any web browser. Blog version updates support. Spy on iPhone with our undetectable iPhone spy app. Listen to iPhone calls in real time or record calls to listen to at any time only if it is legal.

It's the same as having a direct link to any call when you hear it live. You will receive a hidden SMS notification. Then when you call the target mobile you will be connected to the live calls and listen in real time. Record the iPhone's surroundings and remotely activate the target iPhone's microphone. Ambient sounds are recorded and recordings are uploaded to your web account.

Open the microphone and listen to the surroundings of the phone. Remotely turn on the iPhone's microphone.

Listen to the user and his surroundings like a listening device for conversations in the room etc. IM Tracker SPYERA is the only spy phone that can spy on all common messaging apps. Track messages on Facebook, WhatsApp, Tinder, FaceTime, Skype, LINE, Viber, Snapchat and many more. Spy on SMS The iPhone spy software records all text messages.

You can read all incoming and outgoing messages remotely. Spy on text messages, including those that may have been deleted. Spy VoIP Calls Record VoIP calls on Facetime, Facebook, Skype, Viber, WhatsApp, Line and Hangouts. When the target user makes or receives calls, those calls are automatically recorded and uploaded to your web account. Spy on emails Know exactly which emails are being sent from your iPhone. The iPhone email tracker keeps track of all emails. If the email address is in the phone's address book, the contact name is also available.

Open the camera remotely Turn on the front or rear camera of the target iPhone remotely. Take photos or videos with the camera and view them later in your web account. The spy camera for iPhone is a powerful mobile surveillance feature. Competitors do not offer this function!

Monitoring Media Files With iPhone Tracker, you can remotely access all media files. Get all the photos that you take or that are already on your iPhone. Hear all audio and voice memos.

Even if they delete media files, you still have a copy in your web account. GPS Location Tracker iPhone Tracker uses real-time GPS location.

It shows the coordinates of the target phone. The location linked the map in your web account. After a delay in Apple Pay now also at Germany's Volksbanks The Apple Pay payment service has also arrived at the customers of the cooperative banks with some delay. Technical renovation Apple lowers the price of the entry-level iPhone SE Apple has presented a new smartphone in the midst of the corona crisis. Berlin does not want to wait Corona app initially without technology from Apple and Google When launching a corona warning app, the federal government does not want to wait for the technology components announced by Google and Apple for construction questions to give Apple access to mobility trends in the city Corona crisis Apple publishes mobility trends from its map service to provide clues about the success of exit restrictions in the fight against the spread of the coronavirus Framework for digital contact tracing Apps as a corona brake?

Corona crisis in the USA Apple supplies face protection for medical staff In the fight against the corona pandemic, the US computer manufacturer Apple is now producing face protection for medical staff together with suppliers. In-app purchases Apple raises percentage levy for some video services Apple lets some video services sell their content on its platform without paying the usual 30 percent fee.

Also to Europe Ten million respirators for medical professionals Apple has procured ten million respirators and donates them to American medical professionals. Limited smartphone sales Apple rations iPhones in the corona crisis After weeks of production bottlenecks in China, Apple is only buying two iPhones of one model per order in its online store. After a complaint, Apple was fined billions of dollars in competition in France. The French competition authority has fined Apple a good 1.1 billion euros for what it sees as illegal distribution agreements.

Delivery bottlenecks Coronavirus consequences: Apple withdraws sales forecast Due to the coronavirus outbreak in China, Apple will miss the sales forecast for the current quarter, which was only a few weeks old. Security Awareness Human firewall as a protective ring Mobile end devices have replaced the idea of ​​a fixed in favor of a virtual workplace.

Google, Amazon and Co. Digital tax for Internet giants in progress In the dispute about a fairer taxation of Internet giants, the international community wants to continue working on a solution until the end. Stricter regulations Uniform charging technology for everyone The European Parliament demands uniform charging technology for cell phones and other mobile electronic devices in the EU. Growth at Apple Watch Apple with record numbers in the Christmas business After a record Christmas business with a quarterly profit of over 22 billion dollars, Apple has to fight the turbulence caused by the new corona virus.

Regulation in Europe? Dispute over iPhone back doors Trump increases pressure on Apple In the dispute over the encryption of smartphones and access options for investigative authorities, President Donald Trump has put pressure on data security Apple continues to defend himself against iPhone back doors In the resurrected dispute over encryption of smartphones and back doors for authorities Apple criticism of US attorney general William Barr Dispute over data protection FBI wants to unlock iPhones: Apple continues to say no Apple is ready for a new trial of strength with the US government to defend the secure encryption of services and devices.

Ukraine reacts angrily Apple now shows Crimea as Russian territory The Black Sea peninsula of Crimea is now officially listed as Russian territory by the US company Apple, under pressure from the State Duma in Moscow. Factory tour in Texas Apple in the fix between China and Trump For US President Donald Trump the detour to the new Apple factory in Austin, Texas, was a welcome distraction from the impeachment process in data protection. Facebook app started independently iPhone camera The latest version of the Facebook The app on iPhones automatically started the camera in some situations - the online network speaks of an Adobe Max. More variety in mobile image processing Photoshop is now also available for the iPad, as Adobe revealed at its creative conference in Los Angeles.

AirPods Pro Apple lays down in the competitive earphone business Apple is countering the attack by rivals such as Huawei and Amazon with a new model in its well-running earphone business. Serious security gaps Warning of outdated Twitter software for iOS apps Numerous apps for iPhone and iPad that have built-in Twitter communication contain serious security gaps. Exception of US additional tariffs for Apple New Mac Pro will be assembled again in Texas Apple will assemble its new high-performance Mac Pro computer in Texas again. Eleventh Generation Apple Introduces New iPhones With Better Cameras Apple is relying heavily on better cameras in its new generation of iPhones to boost sales of its most important product, which have recently fallen. 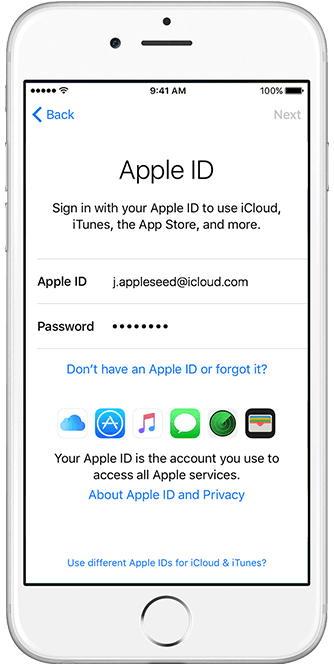 News from Cupertino That brings the Apple presentation on Tuesday On Tuesday, Apple will present new devices at its headquarters in California. Dementia research Diagnosis via smart watch According to a new study, a special usage pattern for the operation of selected smart devices should give initial indications of possible dementia diseases New strategy Cheaper iPhone model planned for Apple plans to add a cheaper iPhone model to its range in the coming spring, according to a media report to increase sales in China and other spare parts for independent workshops Apple opens its repair ecosystem Original spare parts for products like the iPhone are currently only available from Apple.

Reports of Next Generation Ultra Wide Angle Lens for New iPhones? Exclusive content Apple is investing in high-quality streaming content Apple plans to compete with Netflix and Amazon with their own streaming platform in the coming autumn. News of the week Trials of strength in the smartphone market The most important marginal notes of the week at a glance: Apple and Huawei are losing ground, virtual worlds on the scheduled flight, the smartphone image sensor discovers the iPhone image in Europe is weakening The world's most valuable companies A new one According to the ranking, more than half of the most valuable companies come from the United States.