How would you optimize Google Nose 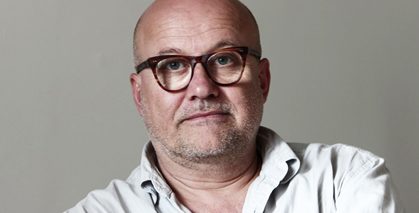 Developing a system of symbols for smells is the ambitious goal of the artist, scientist and inventor Wolfgang Georgsdorf. To do this, he built the prototype of an ingenious smelling machine: the “Smeller”.

Mr. Georgsdorf, a few months ago Google announced the launch of “Google Nose”, a fragrance search engine that allows you to smell smells directly on the screen. The software, it was said, converts air molecules into fragrance molecules. Are you already a user?

Google Nose was a great April Fool's joke. But seriously: the possibilities that still appear here as a vision have long been rudimentary. Today we can already build devices that allow us to perceive smells in a way that we would not have thought possible a short time ago.

You built such a device. 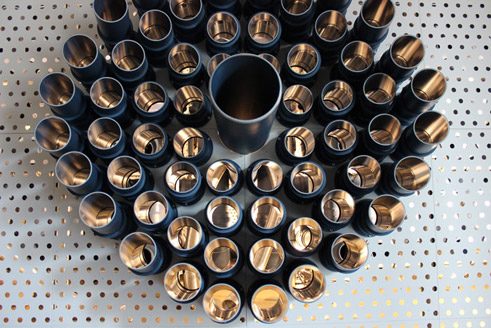 Smeller | Photo: © Wolfgang GeorgsdorfYes, the smeller. Not an April Fool's joke. In the summer of 2012 for the exhibition Sensory intoxication I presented the invention for the first time in Linz. With a team of experts, including architects, designers, perfumers, mechatronic engineers, chemists and air conditioning technicians, we have constructed the prototype of a machine that makes it possible to perceive odors sequentially. So in a sequence of characters, as we have long been used to with images, sounds and letters.

And does that work?

Very well indeed. With the smeller it is possible to distribute smells in a room and make them disappear as quickly as they came. Imagine taking in a new scent with every breath you take. Without these scents overlapping. Sequences of smells, “smellodies” that come and go like pictures, and fade in and out like tones. This is a completely new kind of perception, actually not to be compared with anything we know.

A world full of fragrance molecules

What do you mean?

We don't usually have the opportunity to experience smells as dramatic, time-based poetry. The world is full of scent molecules scattered in the air and overlapping one another. But with Smeller we can have control over the air in the room. Just as you have managed to direct the light in the cinema and the sound in the concert hall in certain paths, with Smeller we have managed to manipulate the air in the room down to the smallest turbulence. The making-of of Smeller (video, director: Wolfgang Georgsdorf)

Smeller is a complex device, but the effort is relative when you compare it with the effort that went into building what we call a cinema today - with all the engineering, the complicated machines, the highly explosive celluloid. Or consider the effort that is required to make an organ sound in a cathedral: all the tons of sheet metal, the wind chests, hoses, fans, all the calculations for room acoustics, sound refractions, echoes. I've been wondering for a long time why we haven't cultivated the medium of smell in a similar way to the media of image and sound. Because the possibilities of artistic expression are fantastic. It's a new paradigm.

Consequences of smell and sinolfia

How would you describe the perception experience in a smeller room?

Simply by breathing and smelling you experience an abundance that is otherwise only known from overwhelming audiovisual impressions. And by that I don't just mean memory flashbacks, the so-called Proust effects, which odors are known to trigger. Smeller emits sequences of smells with a precision that goes far beyond evoking concrete analogies, i.e. places, times or experiences. Think of the smell of snow the day before it snows, the smell of the road in summer after the rain has fallen, swaths of resins, mosses, lichens, mushrooms that come in our noses just above the surface of the water, while we swim through the lake in late summer. And now imagine that these experiences combine to create something completely new.

Does that mean you can literally “compose” fragrances? 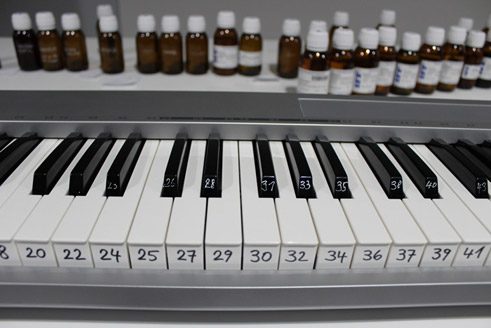 “Sinolfien” for the smeller | Photo: © Wolfgang Georgsdorf Exactly. I call them "Sinolfien", based on symphonies in music. I've already written some for the Smeller, including for example House joints, in which one can olfactorily explore the built spaces of a city: train station, airport, restaurant, car journey, elevator cabin, hotel lobby, bathroom, indoor swimming pool, casino. Or a childhood that lets you experience the olfactory world of a child in eleven sentences, from birth to first love: my first spring, my first circus with the smell of cotton candy and tiger urine, my first day of school with the smell of the eraser, des Linoleum, ink, paper, shoes, clothes. And in 2013 I was at the Crossing Europe film festival NO (I) SE presented, the first olfactory film for cinema via smeller.

Exploratory of the sense of smell

Where can you experience the smeller at the moment?

Unfortunately not at all at the moment. But we are in talks with some cultural decision-makers in Berlin. I think it's very important to understand that the smeller is much more than just an art installation. The smeller is an exploratory for the sense of smell, the prototype of a multi-sensory space, a complex hardware and software that enables smelling to be experienced as a medium on a par with the other senses. The times in which smelling was dismissed as "lower sense", as "step senses", could soon be over.

So smelling as a technically implemented medium will be more and more common in the near future?

I am convinced of that. I think it's only a matter of time. We will experience a kind of scent television, elaborate scent marketing campaigns. And we will learn to talk about smells in a new and differentiated way: how we perceive them, how we code them, how they manipulate us. Just as we have long been familiar with images or sounds.
<?