Are lithium-ion batteries a danger? 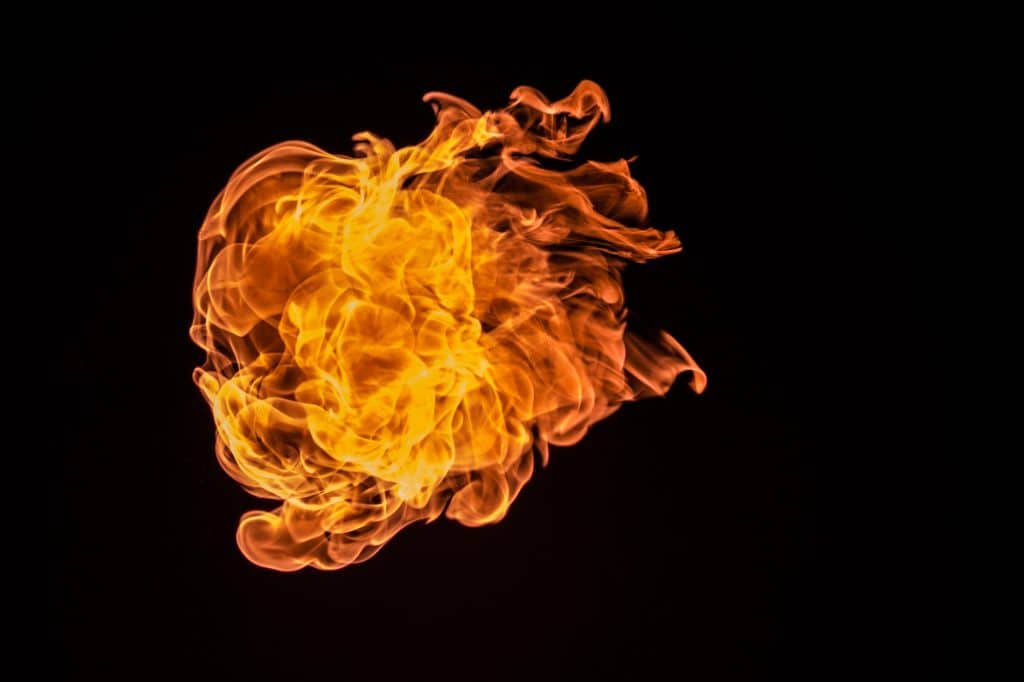 Basically, the metal lithium is very reactive and easily combustible. And since lithium-ion batteries contain lithium, there is always a risk of fire here too.

I like to compare the risk of lithium-ion batteries with the danger posed by gasoline-powered cars. What do both have to do with each other? Just take a quick look at my video on the subject and you will know. Then I'll go into a little more detail in the text.

The fuel in a car's tank is therefore also generally flammable. Of course, a car filled with gasoline can burn down and even explode as a result. Incidentally, this not only happens in Hollywood, but actually also occasionally on German streets (about 15,000 times a year).

Despite all TÜV-relevant measures, legal requirements for PWK production and all additional efforts to make driving safe, there is a - albeit very low - probability that a disaster will occur.

There are three main sources of danger that can significantly increase the risk of fire with a lithium-ion battery.

Do you still remember the debacle surrounding the battery of the rather short-lived Samsung Galaxy Note 7, which used to go up in flames?

As it turned out later, production errors in the lithium-ion batteries were the reason for the burning smartphones.

Curiously, both the original batteries and the batteries of the replacement phones that Samsung sent to buyers after a return campaign had production defects - and different ones.

The case of the original batteries was too tight and the negative electrode was kinked, which led to internal short circuits. The batteries of the replacement models had too thick welding points in the battery and a lack of insulation, which could lead to spontaneous combustion.

These were of course bad mistakes that should actually be noticed in a strict quality control at Samsung. The fact that something like that can happen to a company like Samsung, which of course can also be supplied with batteries by brand manufacturers, should definitely give us pause.

In the production of lithium-ion batteries, one thing or the other can go wrong. This becomes dangerous if there are no proper controls. Cars and fuels are subject to strict quality controls during production and import (the TÜV sends its regards!).

Unfortunately, battery packs and single cells cannot be guaranteed to have been carefully checked during production or import. The problems then only arise at the customer's and then it becomes really uncomfortable and expensive - as with the "pocket oven" from Samsung.

Even if the cells themselves have been properly manufactured and safely transported: faulty protective electronics or improper assembly of individual cells into a battery pack can pose a fire risk despite the best possible manufacture.

The protective electronics make it safe

However, if the battery management system is defective, the cells are no longer protected. If you are now overcharged, the dreaded thermal runaway can occur, the thermal runaway of the battery. This leads to a chain reaction in the battery, which leads to extreme heat development and ultimately to fire. Incidentally, a thermal runaway threatens from around 60 ° C, depending on the type of battery.

Correctly assembled is (half) won

In any case, when assembling a battery pack, there are one or the other safety aspect that is repeatedly forgotten. Be it for cost reasons or out of ignorance, such a battery pack is not really safe.

Basically, a battery pack must always be designed with a view to the requirements of use and be tailored accordingly.

For example, relatively large currents are drawn from an e-bike battery when driving uphill. The battery can get quite warm. Cell holders should therefore be installed so that the air can circulate well between the cells. These practical components keep the cells at a small distance so that the heat can flow away better. In the past, however, batteries made from tightly packed lithium polymer cell sandwiches were built into e-bikes. The heat could not flow away and the batteries quickly gave up the ghost.

In fact, a lot has changed in the quality of e-bike batteries from China in recent years, because everyone involved communicates better with one another and the requirements for the batteries are taken into account from the outset.

When it comes to the battery management system, too, with the correct assembly of a lithium-ion battery, you can do a lot to reduce the risk of a fire.

Small currents continuously flow through the battery management system on the cells. This causes the electronics of the BMS to warm up, which can lead to the system overheating. Most battery pack manufacturers, on the other hand, are now installing aluminum heat sinks on the BMS in order to dissipate the heat quickly. In my experience, however, it happens again and again that an air gap remains between the heat sink and the electronics. As a result, the heat is not dissipated properly. The risk of the electronics and thus the cells overheating is then included. A thin thermal conductive film is enough and the battery pack would be much safer.

Finally, there is of course the consumer, who can increase the risk of fire if the batteries are used improperly.

For example, reviving deeply discharged lithium-ion batteries is a great way to make your life a lot more exciting with a little (fire) hazard.

Cutting open a battery pack too curiously, carelessly or completely without knowledge also falls into this category. If battery packs are opened improperly, it is fairly easy to damage the electronics or a cell, which in the worst case scenario can start a fire immediately or at some point later. If you are interested in what it looks like in a battery pack: I recently tried a repair attempt on a defective e-bike battery and took a closer look under the hood of the battery.

Great heat from the inside, which occurs, for example, with high charging and discharging currents, increases the risk of a thermal runaway. Usually a well-functioning battery management system prevents this from happening. However, the BMS cannot do much about heat from the outside. For example, a battery that is right next to a fire can quickly reach a dangerous temperature. A battery can also get uncomfortable in the blazing sun.

The user himself can do a lot for fire protection with common sense when storing and using the rechargeable batteries.

Your expert for (safe) lithium-ion batteries

When it comes to your fuel, you trust your petrol station, which complies with the legal requirements and monitors the consistent quality.

But who do you trust with your mobile energy supply in the form of lithium-ion batteries, which can also pose a threat to your customers?

Even when developing a battery pack, I pay great attention to its safe use by your customer and I use decades of experience in handling lithium-ion batteries in series production.

PS: If you want to find out, for example, when I explain other options for extending the life of a battery in my blog, just subscribe to my newsletter below and I will send you an email when there is something new.