The largest ice fields outside the polar regions

Patagonia is located in the south of Chile and Argentina and is divided by the southern foothills of the Andes. Eastern Patagonia, assigned to Argentina, with the wide dry steppe between the Andean cordillera and the Atlantic coast, is about twice the size of Germany. An exact geographical territory is not defined, mostly the area between the Río Colorado in the Pampas and Cape Horn on Tierra del Fuego is part of the Patagonian part of Argentina. This area is shared by the provinces of Neuquén, Río Negro, Chubut, Santa Cruz and Tierra del Fuego (Tierra del Fuego). In humid Chile, the regions Magallanes, Aysén and Los Lagos are usually assigned to the Patagonia area.

The rugged Patagonian Andes run as the "backbone" of the region to the extreme south. Without a continuous ridge line, the mountains extend from the north near San Carlos de Bariloche with the national parks Lanín and Nahuel Huapi over the Argentine national park Los Glaciares and the further south located Torres del Paine national park (Chile) in the southern Patagonian part to the east-west Direction of the lower mountain range of Tierra del Fuego south of the Strait of Magellan. The conclusion is formed by the Argentine tip around Ushuaia, the southernmost city in the world, and the Chilean Isla Navarino on the opposite side of the Beagle Channel.

Unique in the south of Patagonia are two huge ice fields, several 100 m thick, which lie between 46 and 51 degrees south latitude: The Campo de Hielo Norte and the Campo de Hielo Sur (North and South Patagonian Ice Field or also northern and southern Patagonian inland ice) cover at an average altitude of approx. 1,500 m, the mountain ranges of the southern Patagonian Andes below. Some higher peaks protrude in the middle of the ice plateau. These so-called nunataks are almost completely encrusted with ice and, with their remarkable, sharp-edged shapes, form an impressive contrast to the “ice desert”.

The Campo de Hielo Norte is 100 km long and 4,000 km2 the smaller of the two ice surfaces and lies entirely on the Chilean side. The larger ice cap is the Campo de Hielo Sur, a huge continental glacier area, which has a north-south extension of 360 km, an average width of 40 km (in some places up to 90 km wide) and an area of ​​about 12,500 km2 having. The Campo de Hielo Sur is the largest contiguous ice field outside the polar regions and contains 48 enormous main glaciers such as the Viedma, Upsala and Perito Moreno glaciers. On the eastern edge of the ice rink are the famous peaks of Cerro Torre and Fitz Roy.

The classic travel time in Patagonia is between November and April. In November to the beginning of December, in the Patagonian spring or early summer, the vegetation is lush, while the weather is still cool and unstable. In some cases, remnants of snow, especially at higher altitudes, can make hiking difficult. In the warmest time of the year from mid-December to February with up to 16.5 hours of daylight, it is very busy. The hiking trails, the few campsites and huts in the national parks are often overcrowded or fully booked; Accommodation and transport must be reserved (sometimes well) in advance. If possible, avoid the main travel season. 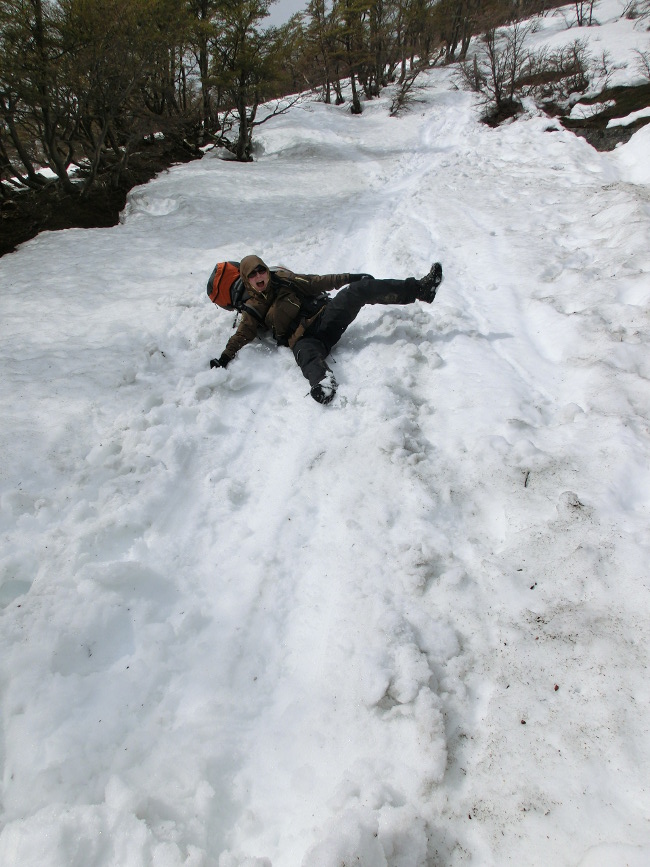 In March it gradually becomes cooler again, the flow of visitors gradually decreases and it becomes quieter. This time with a day length of 12 to 13 hours can be very attractive, as the leaves of the trees are now slowly changing color. April can also bring some nice days; in some places, however, snow falls early again. From May to September the strong wind subsides, but this time is not suitable for most hikers due to the snow in many areas. In addition, the days are very short. The "LunaSolCal" app helps to calculate the length of the day and times of sunrise and sunset.