Ammonium chloride as an acid salt 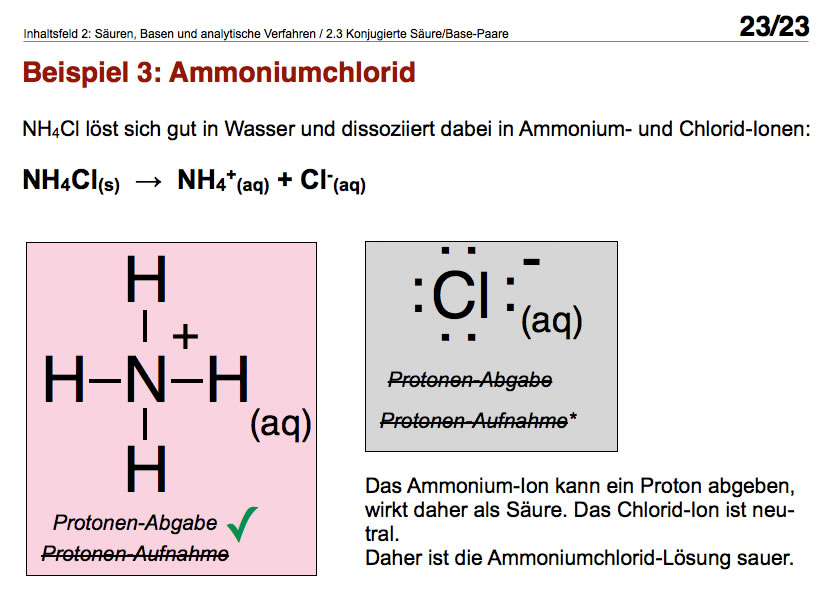 Here you can see picture 23 from my presentation "Corresponding acid / base pairs".

The basic methodological idea that immediately makes sense to any student is this:

An acid gives off protons. In order for a particle to be an acid, it must have hydrogen atoms, which are also bound to another atom with a polar covalent bond.

A base accepts protons. To do this, the particle must have a lone pair of electrons and also have a very high electronegativity.

So one can summarize: The NH4+-Ion is sour, and the Cl--Ion reacts neutrally, so an acidic solution is formed when ammonium chloride is dissolved in water.

Incidentally, the pH value of a 0.1 molar solution of ammonium chloride is 5.1.