Google has announced that it will close the Orkut social network in the fall. The site, like Facebook, which has existed since 2004, is particularly popular in India and Brazil.

The group cites the success and growth of Google+, the video service Youtube and the blog network Blogger as the reason. "Because these communities are growing faster than Orkut, we decided to say goodbye to Orkut," writes Orkut's development manager Paulo Golgher in a blog post.

Orkut will be shut down on September 30, 2014. Until then, users have time to export photos and profile data via the Google Takeout service. Registration is no longer possible with immediate effect. However, Google wants to keep the collections of some communities as a static archive.

What Google doesn't say: Orkut is a traditional Facebook-style social network that almost alone covers this segment with more than 1.2 billion users. At the same time, there is new competition from mobile device networks with associated services, such as Instagram with its photo community or Snapchat, which enables self-deleting photos to be sent and has thus been able to attract a young target group. 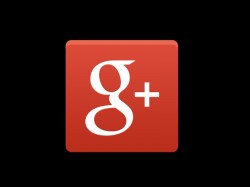 Google has made several attempts to be successful in social networking. Buzz was launched in February 2010 and integrated with the popular Gmail e-mail service and was able to take over contacts from its address book. In October 2011 it was closed again.

In the meantime - more precisely: in June 2011 - Google+ was launched. In October 2013 it was able to report 300 million visitors from its homepage per month. It doesn't seem to be on par with Facebook, but it gives Google a way to connect its services.

[with material from Richard Nieva, News.com]

Tip: How well do you know social networks? Check your knowledge - with 15 questions on silicon.de.